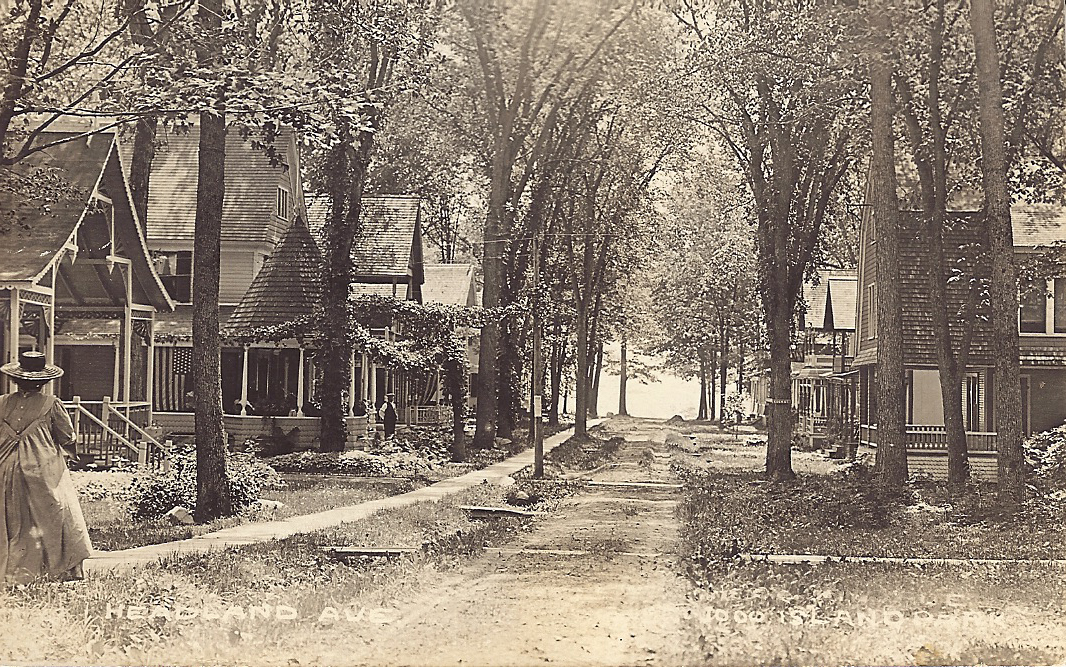 View of the St. Lawrence River looking down Headland Avenue

The Thousand Island Park Landmark Society (incorporated as the Thousand Island park Preservation Company) is the community-based, not-for-profit organiza﻿tion founded in 1976 to protect the architectural integrity and history of one of the nation’s most intact 19th century Methodist campgrounds.

From the time that it was founded, the TIPLS, often called “Landmark”, has promoted the preservation and appreciation of the unique architectural and social heritage of Thousand Island Park. It is a 501-c-3 organization acting as a historic preservation resource for research, education, architectural information and preservation projects.

TIPLS has initiated a number of significant preservation projects on the Park.  It is responsible for the first architectural survey of the buildings and the subsequent listing of Thousand Island Park on the U.S. National Register of Historic Places, achieved in 1982. This was followed by the development of the Park’s preservation code, which, as implemented by the Preservation Board, supports TIP’s listing on the register. Landmark holds easements on two significant sites: the main dock and pavilion and the McIntyre Photo Shop building.

Fundraising is a part of TIPLS’s activities.  From 1995 to 1998, Landmark raised funds in the community to bring the main dock and pavilion back to their original 19th century design and condition.  In 2005, it contributed funds to restore the McIntyre Photo Shop. The photo shop, built in 1879 and still on its original site on St. Lawrence Ave., now houses the TIPLS office, reference library and shop.  Landmark, with the TIP Corporation, funded the beautification of the “four corners”, in the heart of the Park. Currently, TIPLS is again working with the TIP Corporation to bring the steps of the Park’s Holden Library back to the original design. Funds raised from the House and Garden Tour, held every two years, continue to support preservation projects in the Park.

TIPLS promotes historic preservation through educational events such as the House and Garden Tour, presentations by historians, architects and other experts, exhibits and children’s activities. Each summer, in partnership with the TIP Corporation, the society hires an intern from a post-secondary historic preservation program to act as a community resource. The Landmark building contains a preservation reference library, including a database of all Park buildings. Summer events include special exhibits related to TI Park history and architecture.

Volunteers are the backbone of TIPLS.  All board members are volunteers and many general members provide critical volunteer support in the office and shop, leading tours and organizing special events.

Anyone interested in the architecture of Thousand Island Park and its preservation may join TIPLS.  Members elect the Board of Directors at the annual general meeting.  The 2013-14 Directors are:

Advisors to the Board – Trude Fitelson and Alison Ross

We welcome your participation and support as a member, volunteer or donor.  Membership fees are:  Contributor $25; Friend $50; Benefactor $100. Memberships and tax-deductible donations may be made at the TIPLS office or mailed to PO Box 712, Thousand Island Park, NY 13692.